Nick Decker enters his seventh season as Director of Football Operations for the Wildcats in 2020.

In his role at Davidson, Decker is responsible for the day-to-day operation of the football office, the coordination of team travel, assist with football camps and clinics and acts as a liaison to all university departments.

Prior to joining the Wildcats staff, Decker worked as an event coordinator at Anthony Travel before spending a year with the Miami Dolphins in 2013.

At Miami, Decker served as a football operations assistant where he managed training camp logistics and operations, along with assisting with player development, equipment and player personnel.

Before joining the Dolphins' staff, Decker spent two seasons at Ohio Dominican University as the Director of Football Operations.

Decker also interned with the Carolina Panthers in 2009.

A 2010 graduate of Ohio State, Decker received a Master’s degree from Ohio Dominican in 2013. 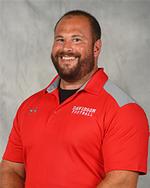 Evan Simon is in his second stint as Davidson's Head Strength and Conditioning Coach. Simon was previously the head strength and conditioning coach with the Wildcats from 2004-2006.

"It is great to be back at Davidson College," Simon said. "My wife and I could always see ourselves returning to this great area. I look forward to working with our student athletes and helping them grow and develop through a collaborative training plan with all areas of this great department."

"We are thrilled to have Evan back in this key position on our staff," former Director of Athletics Jim Murphy said of Davidson's newest addition. "His familiarity with our operations and community will move him quickly along the learning curve."

Before Madison, Simon was the director of strength and conditioning at Utah State from August 2009-January 2013, and before that, served as an associate director for the strength and conditioning program at Utah, where he was part of a staff that went 13-0, defeated Alabama in the Sugar Bowl, and finished the season with a No. 2 national ranking, all following the 2008 season.

A native of Lexington Park, Md., Simon is a 2002 graduate of Frostburg State (Md.) with a bachelor's degree in health and physical education, and earned his master's degree in 2004 from Kentucky in exercise physiology.

He and his wife Linda have two daughters, Abbi and Robyn.

Terrence Hearst joined the Davidson staff as assistant strength and conditioning coach in 2019.

Hearst arrived at Davidson after interning with the NFL’s Carolina Panthers during the 2018 season. He previously interned with college programs at Catawba (2017-18), Wake Forest (2016) and Elon (summer 2016).

A 2015 graduate of Guilford College, Hearst earned a B.S. in Excerise Science/Health and Fitness. In 2016, he earned a M.S. in Exercise Science/Strength and Conditioning from Appalachian State.

He is certified by the National Strength and Conditioning Association (NSCA) and United States Weightlifting (USAW). 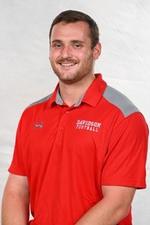 Jamie Lutz joined Davidson as an assistant strength and conditioning coach in October of 2019. He works directly with baseball, women’s soccer, wrestling, men’s golf and men’s and women’s swimming and diving, while also assisting with football.

Previously, Lutz spent three years at Appalachian State, where he worked his way up from a volunteer intern to an assistant strength and conditioning coach. While at Appalachian, he worked primarily with softball, men's and women’s golf and cheerleading, while assisting with men’s basketball, volleyball, field hockey and track and field.

Prior to Appalachian, Lutz interned with EXOS and the THOR3 program at Ft. Bragg NC, where he worked with strength and conditioning coaches in a human performance program for soldiers undergoing initial Special Forces training.

He graduated from Furman University in 2016 with a degree in health science and graduated from Appalachian State in 2018 with a masters in exercise science. 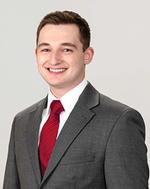 In March of 2020, Alex Shields joined the Davidson Athletic Fund as the new coordinator for football development. Shields’ main responsibilities will be to focus on fundraising and alumni engagement for the football program and continuing the growth of the Davidson Gridiron Club.

Shields rejoins Head Football Coach Scott Abell, after spending the 2015 and 2016 seasons as a student assistant for the football program under Abell’s leadership while at Washington and Lee. While an undergraduate at W&L, Shields assisted with scouting/analytics, recruiting and film for the Generals.

The Wyomissing, Pa. native then moved to the University of Pittsburgh where he graduated with a bachelor’s degree in finance. While at Pitt, Shields worked with the Panther Club, Pitt’s athletic development arm, as a student intern. His main duties included developing donor relations, processing gifts and assisting donors with questions and issues as they came up.

Shields most recently served as an associate consultant at Newry Corp. in Cleveland, working with Fortune 500 materials science and technology companies and advising high level executives on corporate strategy and product innovation strategies. 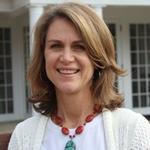 Elizabeth Allred has served as the sports dietitian for Davidson College Athletics since April 2012.

A sports dietitian and certified personal trainer, Allred brings a wealth of experience to Davidson, with 19 years as a registered dietitian.  Allred is a University of Virginia graduate, and received her Master's of Public Health in Nutrition at the University of North Carolina.