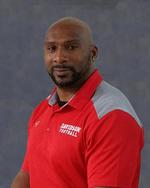 Mathews enters his second season as coach of the running backs in 2020. He was hired in February of 2019.

Mathews joins the Wildcat coaching staff after spending four seasons at Washington & Lee including three years under head coach Scott Abell. While at W&L, Mathews worked primarily with the linebackers and served as assistant specials teams coach. He helped lead the Generals to ODAC titles in 2015 and 2017.

A point of pride for Mathews is his work with the I.R.O.N. Leadership and Character Program. He has served as a co-director and mentor since 2009.

Mathews graduated from Liberty University in 2000 where he played running back for the Flames from 1996-99. 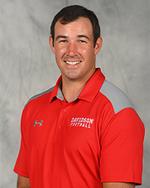 Vince Munch enters his third season on the sidelines for Davidson football in 2020. He was promoted to Run Game Coordinator in the spring of 2020, to go along with his duties as coach of the offensive linemen.

Munch was an integral part of a Wildcat offense that led the NCAA FCS in total offense (561.9) and rushing offense (442.9). He coached a pair of Pioneer Football League All-Conference selections, Zion Johnson on the first team and Ethan Steinbacher on the second team, along with two other honorable mention selections.

Munch joined the Wildcats staff after spending a year with the St. Andrews University Knights of the NAIA. He served as the offensive line coach and run game coordinator for the first-year program.

Munch is a familiar member of Abell's former coaching arsenal, spending five seasons on the Generals staff from 2012-16. While at Washington and Lee, Munch assisted the program to two ODAC Championships (2012, '15) and produced three All-Conference performers. Munch got his start in coaching as tight ends coach in 2011 at Marietta College.

Munch graduated from Ferrum College in 2011 with a bachelor's degree in physical education and a minor in exercise science. He was a four-year letter winner at tight end for the Panthers and earned All-Region and All-Conference honors in his tenure. 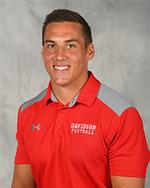 Austin Eisenhofer enters his third season at Davidson in 2020. After serving as tight ends coach in his first two campaigns, Eisenhofer was reassigned to Assistant Special Teams Coordinator, Video Coordinator and Slots coach in the spring of 2020.

In his first season, Eisenhofer was an integral part of a Wildcat offensive that led the NCAA FCS in total offense (561.9) and rushing offense (442.9).

Prior to Jacksonville, Eisenhofer began his coaching career at the University of Minnesota-Morris where he coached the wide receivers, tight ends and running backs.

Eisenhofer graduated from Lake Norman High School in nearby Mooresville, N.C. in 2011. His brother, Joel, is a 2012 graduate of Davidson. 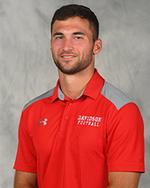 Porter Abell joined the Davidson football staff in January of 2018 following a stellar collegiate career at the University of Richmond.

In the spring of 2020, Abell assumed recruiting coordinator duties, as well as tight ends coach, while retaining his responsibilities  with the wide receivers.

Abell was an integral part of the Wildcats impressive offensive output in 2018, helping lead the Wildcats to NCAA FCS statistical champions in total offense (561.9) and rushing offense (442.9).

Porter, who appeared in 48 games for the Spiders, saw time as a quarterback, running back and eventually slid into a role as a wide receiver. He was a four-year letterwinner for the Spiders and helped lead the team to a CAA Championship in 2015 and a national ranking of number three in the country.

During the fall of 2017, Porter served as a volunteer assistant coach with the Collegiate School Athletic Department, breaking down game film. He is the son of head coach Scott Abell.